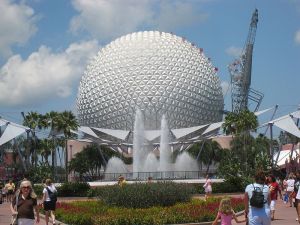 “Stuff your eyes with wonder,” wrote the late, great author Ray Bradbury. “Live as if you’d drop dead in ten seconds. See the world. It’s more fantastic than any dream made or paid for in factories.”

The very insightful Gurdjieff once said (and this is a very rough paraphrase) that a man (or woman) who knows how to do anything well, even if it is making coffee well, comes to understand something about reality.  Bradbury, who died this week at 91-years-old, knew how to observe the world as if he would drop dead in ten seconds.   He grew up during the Great Depression, like my own 92-year-old father, and he went to libraries instead of going to college.

“Ask no guarantees, ask for no security, there never was such an animal. And if there were, it would be related to the great sloth which hangs upside down in a tree all day every day, sleeping its life away. To hell with that,” he said, “shake the tree and knock the great sloth down on his ass.”

He learned how to stuff his eyes–and without asking or receiving any guarantees in the way of college or connections, he learned how to share what he saw by telling a good story.  He once explained that his novel Farenheit 451 was science fiction, which it meant it could and probably would happen in some form.   He once observed a woman with headphones on, “sleep walking” through the world–this was Farenheit coming true.  Bradbury said The Martian Chronicles was more like myth.  I once thought of interviewing him for Parabola, as a lively source of insight on the mythic themes and questions bubble up in contemporary lives.

Bradbury said two things in particular sparked the habit of writing every day. This first is not surprising: he was taken to see Lon Chaney in The Hunchback of Notre Dame—the 3-year-old who would be a writer was galvanized by a character and story.  But the second event was literally electrifying:  In 1932, a carnival entertainer called “Mr. Electrico” touched the then 12-year-old on the nose with an electrified sword, made his hair stand on end, and shouted, “Live forever!”

Bradbury said, “I felt that something strange and wonderful had happened to me because of my encounter…[he] gave me a future.”  I can’t help thinking that in the shock gave Bradbury a sense of how extraordinary life really is—it lifted the poor impressionable boy out of the sleep- walking of the ordinary, charging him with sense that life means something beyond survival, that it is shot through with energy and wonder.

It was a bit of a shock for me to learn this week that Bradbury helped design and conceive the storyline for “Spaceship Earth,” the iconic and symbolic structure of the Epcot part of the Disney World Resort. I was just there!  As I mentioned in a long-ago post here called “The Happiest Place on Earth,” my daughter loves Disney World, and here we were on her college graduation visit.  As I have explained in some detail, I can’t take the big rides anymore–the rides that simulate hurtling up Mt. Everest, then plunging to your death.   So off we went to Epcot, my daughter, her English boyfriend, my sister, her boyfriend, and I.  I was hoping for a civilized stroll around the “World Showcase,” a trip through Norway, Germany, and England—all my daughter’s favorite countries—only in balmy weather, with palm trees all around.

But it rained torrentially the day we went, especially in the morning.  There are no guarantees, as Bradbury said.  “This will be perfect for England,” said Alex’s English boyfriend, Anthony.  Soaked to the skin, we took refuge inside “Spaceship Earth.”  Named after Buckminster Fuller, this is not just a landmark but an 18-story geodesic sphere that takes guests on a time machine trip from the origins of prehistoric man to the 21st century, showing us the evolution of human communication (from the caves at Lascaux to Steve Jobs at work on the first Apple in a California garage).  Narrated by Judi Dench, the ride was soothing yet amazing.  For me, it was a high tech version of Mr. Electrico, shocking me into an awareness that time does indeed fly, and that we are all interconnected here on Spaceship Earth–and that all humans throughout time all alike in our quest to know and participate in the deeper truth.”

In the current issue of Parabola, the Buddhist monk and author Matthieu Ricard explains that to be truly constructive, intelligence needs to be accompanied by an insight into the deeper nature of reality:  “So a larger perspective means actually understanding things as they are.  It does not mean fabricating a sort of wishy-washy cosmic consciousness.  It’s understanding that the real fabric of reality is interdependence—for phenomena, for living beings, and for the environment. “

Really seeing our interdependence and our common wish for happiness and connection can lead to wisdom and loving-kindness, according to Ricard.  But you don’t have to be a Buddhist monk or a spiritual seeker to learn this. You just have observe long enough to really see.  I glimpsed this last week in Florida, in my 92-year-old father.  While staying in a guest room at his house, where he lives alone (thanks to the daily help and support of my sister) he awakened me at 3 a.m.  Quite courteously under the circumstances, he asked me to call 911 because he couldn’t breathe and felt too weak to have me take him to the hospital.  He was admitted for pneumonia, where stayed there for several days, making friends by being cooperative, uncomplaining, friendly, funny.

“I’m hooked up to so many tubes and monitors, I’m not going anywhere,” he told me. I told him about my latest trip to Disney:  “I’d go back there,” he said.  “If they paid me enough.”  Even the gentle terrain of Epcot is too rough for my father these days.  I told him to rest.  “All there is to do here is rest. I want to get back to being nosy about the neighbors. “ According to my sister, there were quite a few on hand to welcome him home.   The happiest old people (and not so old people) understand that happiness happens with and through others—and comes by way of an electrifying interest in life.

“I know I can’t go on forever, “ he told me. “But I want to keep going, to just flow along with it as long as I can.  I love to see how things unfold.”   Or as his contemporary Ray Bradbury said, “to stuff his eyes with wonder.” 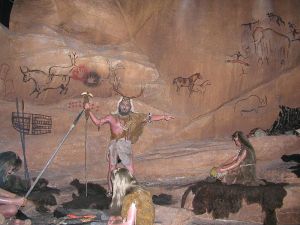 3 thoughts on “A Happy Man”